Lalu Prasad, who was serving in jail after being convicted in multiple Fodder scam cases have been granted 3-days bail to attend his son's wedding and later secured 6-weeks parole on health grounds. After reaching home, the former Bihar CM took part in all wedding festivities. 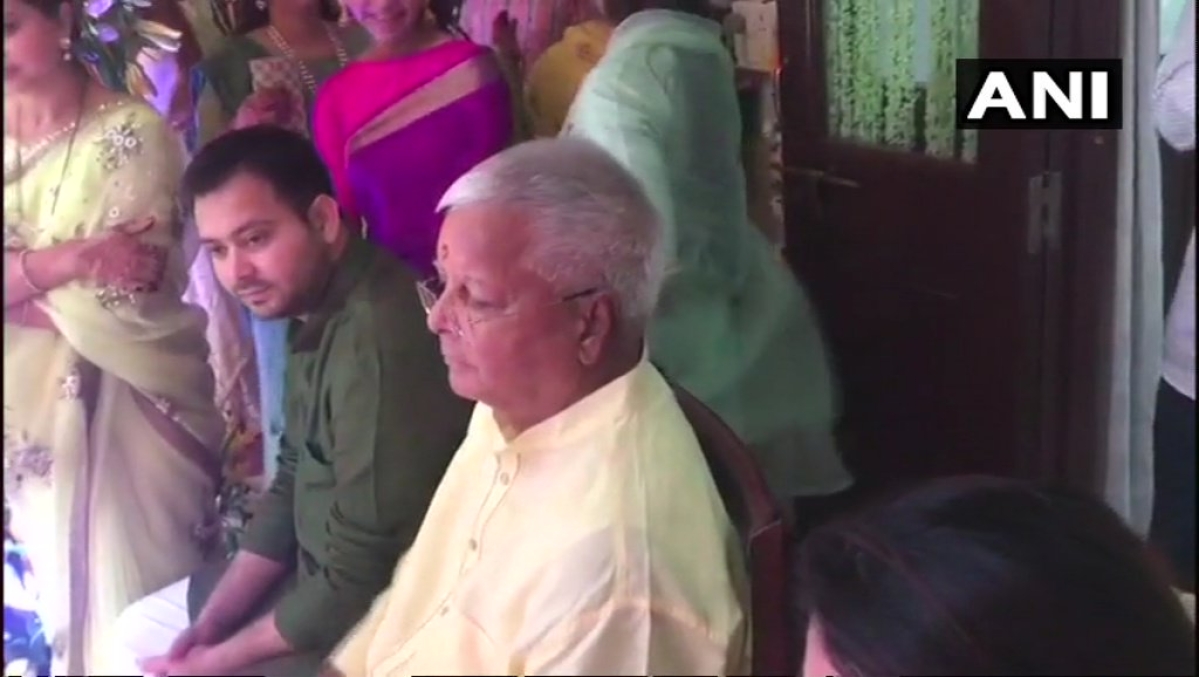 However, before his arrival, a number of pre-wedding functions had taken place which was enjoyed by the groom's family with great zeal. A video is currently floating on the internet featuring the two sons of RJD chief dancing to the tunes of Akshay Kumar's popular song.

Notably, the video was shared by the former deputy chief minister of Bihar and Lalu Prasad's younger son, Tejashwi dressed in a brown kurta as he danced with the groom-to-be Tej Pratap, who had a white gamchha wrapped around his head on a peppy track.

The video has been captioned, "Desi Boys on the floor". Seemingly, the happiness of their father's homecoming has doubled their happiness. Within few hours of being shared on social media, the video has gone viral with thousands of likes and views.