SWA Clears 'October' Of Plagiarism Charges, Orders Due Credit For Inspiration, If Any

Shoojit Sircar's October was under the scrutiny of Screenwriters Association (SWA) ever since the filmmaker and editor Hemal Trivedi alleged the Varun Dhawan-starrer of stealing the concept and story from Marathi film 'Aarti - The Unknown Love Story'.

As per The Quint report, SWA has cleared the film from charges of plagiarism and infringement of copyright stating that if Sunny Pawar's life was used as a source of inspiration, he should be given due credit. Pawar's sister Sarika Mene had directed the Marathi film. 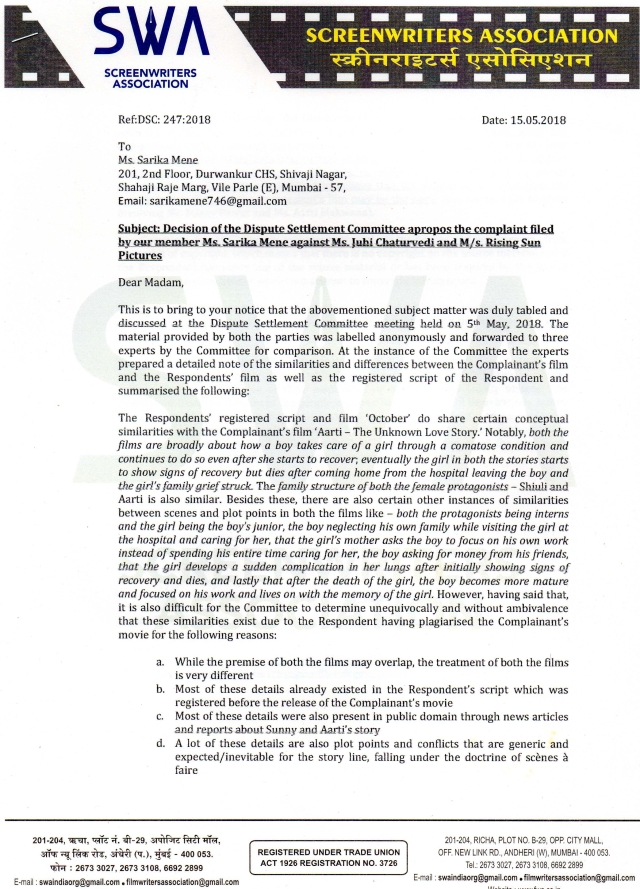 "As a matter of principle and on purely ethical and humanitarian grounds, if [October] has been inspired by the source material, then they should have sought permission from the families involved in the said incident or at the very least, acknowledged the said incident as a source of inspiration," said SWA. 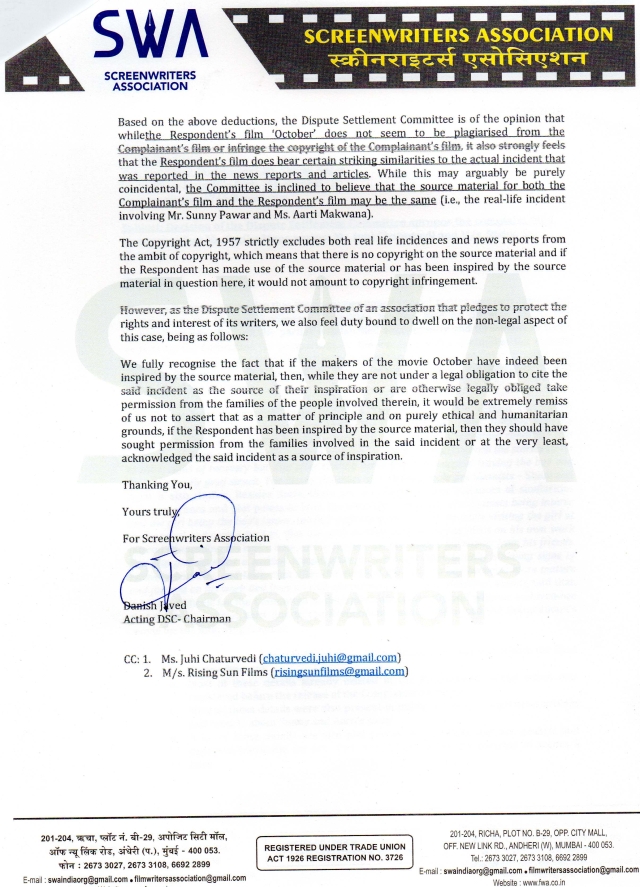 A month back, Trivedi took to Facebook, "Sircar has not just picked up the plot and the storyline, but has also blatantly copied the look and the moments from the original film." Sarika has reportedly slipped into depression having watched her work getting stolen.

Sarika had alleged that October was based on her brother's life, who didn't receive any credit during the promotions or film's release. SWA, however, maintained that the makers are not under any legal obligation to seek permission or acknowledge Sunny Pawar.

Touted as the true life story of Sunny Pawar, Aarti - The Unknown Love Story highlights how he dedicated four years of his life to his girlfriend Aarti who had slipped into a coma after a car accident, which rendered her motionless and without memory before succumbing to a sudden attack of pneumonia in 2010.

October revolves around a young hotel management trainee Dan (Varun Dhawan) who grows affectionate to his batchmate Shiuli (Banita Sandhu) unknowingly and grows up when a sudden tragedy leaves the latter bed-ridden.