The biggest fashion event of the year, Met Gala took place on May 7, followed by a lavish after-party. Bollywood beauties Priyanka Chopra and Deepika Padukone had taken the Hollywood media by surprise with their magnificent presence at the main event and same happened at the Standard Hotel.

After attending Met Gala at the Metropolitan Museum of Art, the ladies along with other attendees reached to attend the after-party shedding their 'heavenly' thematic costumes. Despite being dressed in comparatively casual attires, the Divas made a distinctive style statement at the un-theatrical bash.

Priyanka, as usual, nailed her black and gold cut out leather pantsuit which she paired with dark berry lip colour, golden hoops and black sling bag. Despite the Gala is over, the beauty seemed in sync with the Catholic theme with her cross pendant and another one painted on her chest with gold. 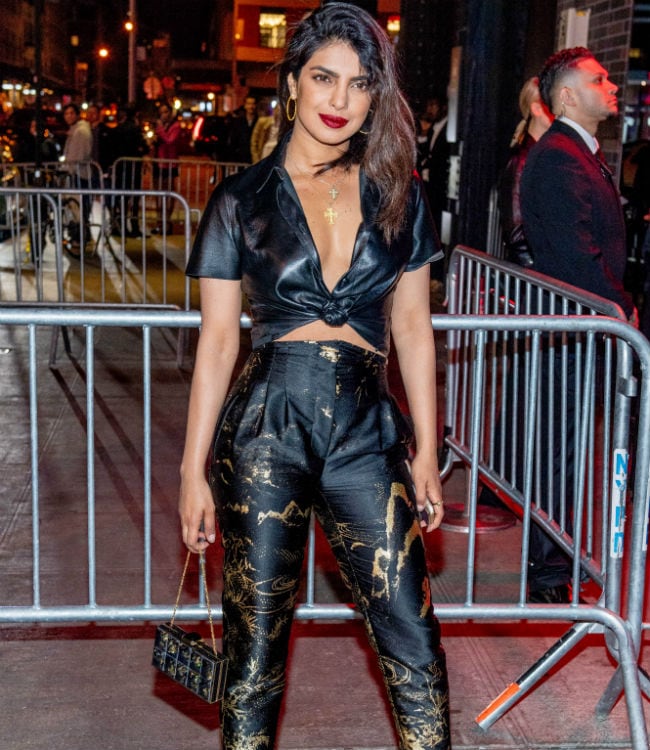 Deepika was no less with her yellow velvet jacket and black leather pants which she paired with matching pumps. Her hair was gelled back, the same hairstyle she supported at the gala and lips painted with nude lip colour. While the actress looked despicable, her habit of repeating clothes didn't go unnoticed. 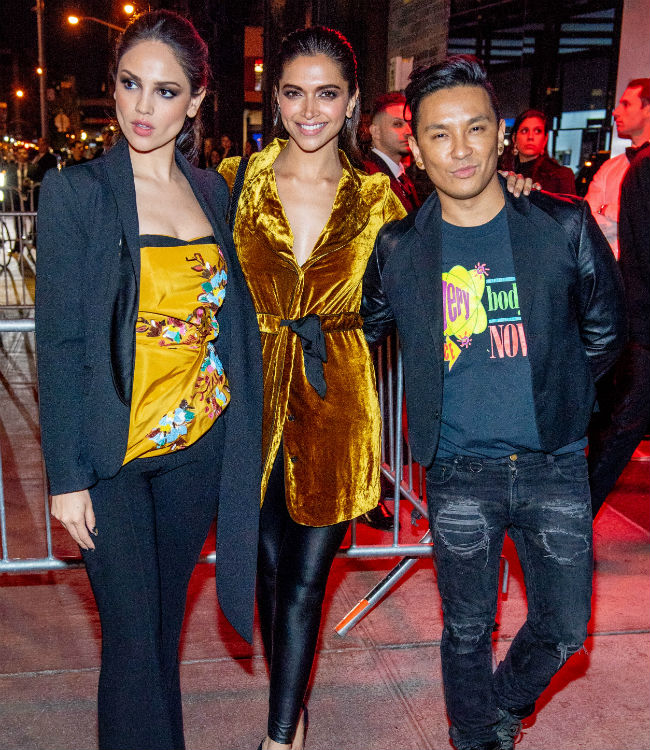 Notably, the actress has worn the same top at one of Shah Rukh Khan's party a few months back. The fashion enthusiasts were not too happy with Deepika's Met Gala ensemble as well, the reason being that her red Prabal Gurung number completely missed the theme - Heavenly Bodies: Fashion and the Catholic Imagination.

Priyanka attended the fashion extravaganza in a Ralph Lauren velvet dress with a jewelled hood and fixed herself a spot among the best-dressed celebrities at Met. Deepika, on the other hand, was booed by Netizens for her unimpressive choice of clothing, which many felt wasn't appropriate for such an event.