Ahead of her 2018 Cannes appearance, the former Miss World Aishwarya Rai Bachchan made her Instagram debut on Friday but wasn't very happy with the slow response from fans. However, her first post caught major eyeballs and left the users in awe of the actress.

She posted 9-post grid comprising a picture of herself holding an infant, presumably her daughter Aaradhya when she was born in 2011. Along with each picture, she added the caption, "And I was born again," proving the limit of her love for her six-year-old. While her account is not verified yet, husband Abhishek Bachchan's comment on her first post proved the account's credibility. Asking for a picture credit, which surely is clicked by Junior Bachchan himself, the actor wrote, "How about a photo credit Mrs. B?." 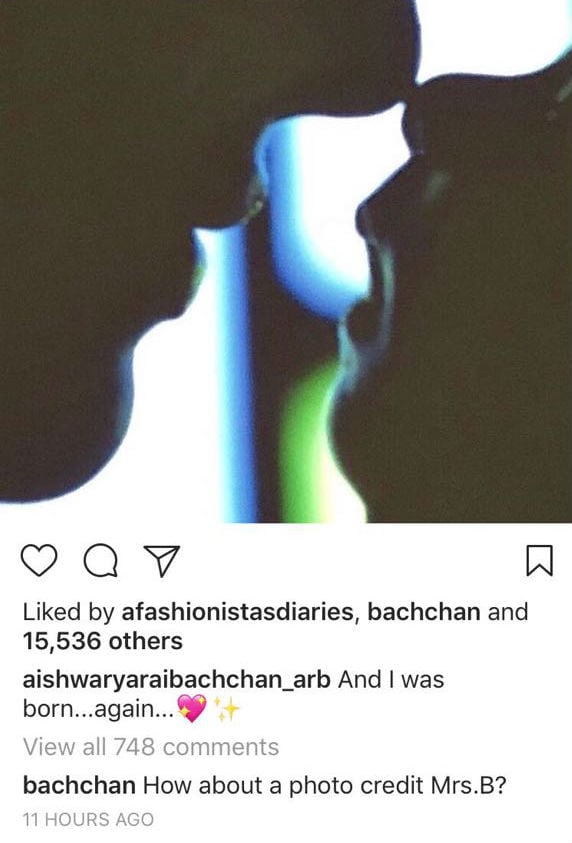 Reports suggested that Aishwarya Rai was upset with her PR team for the unimpressive response on her social media debut and blasted them for the disastrous execution. "She is also upset that there is no blue tick on her profile, making people wonder about the authenticity of the profile," a source told Pinkvilla.

Aishwarya has reportedly bowed to the constant requests of her well-wishers to create an Instagram account. The actress will now be able to keep her fans updated with her eventful life. The account is currently available on Instagram with the username 'aishwaryaraibachchan_arb'.

The former beauty queen has reached the French land and will make an appearance at Cannes red carpet on Saturday night. The actress was last seen in Karan Johar's 'Ae Dil Hai Mushkil' and is gearing up for the release of 'Fanne Khan' also starring Anil Kapoor and Rajkummar Rao.